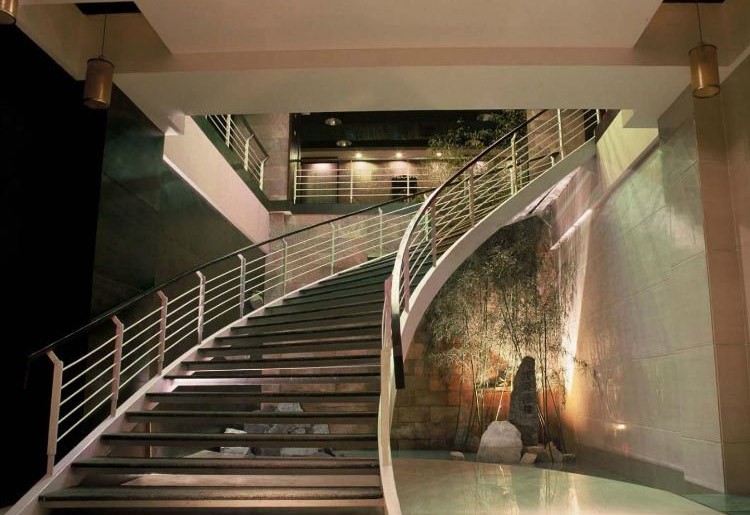 If you’ve spent time researching LED lighting, you’ve probably realised that there are several ways to dim them. While analogue dimming systems, which use a DC voltage signal to control dimming, are the traditional method, there is also digital dimming, which transforms the signal into bits. And, it's for the latter method that DALI lighting control is important.

What is a DALI lighting control system?

DALI is stands for Digital Addressable Lighting Interface. It is a lighting interface system that allows lighting to use a digital signal for more precise and flexible control. Using a two-way method, the system enables the user to communicate with LED drivers and ballasts, and vice versa, via a DALI controller, which is typically a computer system with software or dimming controller.

DALI is also an international standard ( IEC 62386) for lighting communication, which means that all components of a lighting system marked with the DALI logo, even from different manufacturers, can work with one another. This standard was created to ensure compatibility and interchangeability across lighting systems in the industry.

How does a DALI lighting system work?

A DALI system consists of a controller connected to a network where every DALI LED driver and dimmable LED bulb is assigned a unique address so they can be operated individually. It should be noted that, the driver is the component that regulates current to an LED or group of LEDs, preventing them from overloading, and the bulb and driver together are known as a luminaire.

After a command has been issued, the control unit sends out a signal to the required addresses informing the luminaire to follow the instruction. For instance, you could tell all the lights in a certain room to turn off, and, because each luminaire recognises it belongs to that room, they will switch off. This allows the user to operate the entire lighting system from one central point with precision.

And, because DALI systems are bi-directional, they allow for each luminaire to communicate back to the controller to provide information. For example, if there was a fault with a single light, the user would be notified of the problem at the central control point.

DALI is generally used to provide lighting control over many areas across several lighting circuits. One individual network is not usually enough to cover an entire building, so lots of networks are often linked together to create a larger network that can still be controlled centrally. There are as many as 254 levels of brightness. As well as dimming and on/off functions, it is possible to use pre-set modes to change lighting patterns at scheduled times of day.

How are DALI lighting systems wired?

The digital signals are transmitted through a two-wire control wire, or, alternatively, a bus. There is the potential to have both negatively and positively polarised wires, but the control gears tend to be free from polarity to ensure that the connection is indifferent. There isn't a need for any shielded cables, and it's perfectly possible to wire a DALI system with a standard five-wire cable.

One of the big differences to other lighting systems is that you don't need wiring groups with a DALI system, so all the wires are connected in parallel to the bus. You also don't need mechanical relays to operate lights as this information is communicated in the commands sent from the control. As a result, DALI lighting systems have very simple wiring systems that offer more flexibility than usual.

When the wiring is complete, the system can be configured alongside the software on the controller. You can create multiple scenarios and programmes for the lighting, and, because the system is made to be adaptable, you can implement them without any change to the wiring. The settings for each of the lights is highly customisable, with the ability to alter regulation ranges and fade rates.

Where are DALI lighting systems used?

DALI is both versatile and cost effective. A lighting system of this nature, that allows for precise control from a central point, is more common in large commercial settings. However, DALI is being increasingly used in residential settings for homeowners seeking the best in lighting control.

A DALI system can be retrofitted into an existing structure, but the best results are seen when they are incorporated into a new build. This is because when a brand new DALI system is wired, it is done so without the need for lighting control circuits. But when it is applied to an existing system, these control circuits are already in place, so you don't get the chance to install the much simpler and more efficient DALI wiring system.

What are the benefits of using a DALI system?

There are numerous benefits to using a DALI system over other lighting systems, ranging from better flexibility and programmability to superior system monitoring and a simpler installation.

Here is a quick overview of the main benefits:

Hopefully, this guide has given you a good overview of DALI lighting systems and how they work. At Ultra LEDs we stock a range of DALI drivers available in both 12v and 24v. When combined with a DALI dimmer switch and dimmable bulbs you can have total control over your lighting. If you'd like more information about this system, feel free to get in touch.